As explained in the introduction of this article, to setup a monitoring stack with the Elastic technologies, we first need to deploy ElasticSearch that will act as a Database to store all the data (metrics, logs and traces). The database will be composed of three scalable nodes connected together into a Cluster as recommended for production.

Moreover, we will enable the authentication to make the stack more secure to potential attackers.

The first node of the cluster we’re going to setup is the master which is responsible of controlling the cluster.

The first k8s object we need is a ConfigMap which describes a YAML file containing all the necessary settings to configure the ElasticSearch master node into the cluster and enable security.

Secondly, we will deploy a Service which defines a network access to a set of pods. In the case of the master node, we only need to communicate through the port 9300 used for cluster communication.

Finally, the last part is a Deployment which describes the running service (docker image, number of replicas, environment variables and volumes).

Now let’s apply the configuration to our k8s environment using the following command:

Check that everything is running with the command:

The second node of the cluster we’re going to setup is the data which is responsible of hosting the data and executing the queries (CRUD, search, aggregation).

Like the master node, we need a ConfigMap to configure our node which looks similar to the master node but differs a little bit (see node.data: true)

The Service only exposes the port 9300 for communicating with the other members of the cluster.

And finally the ReplicaSet is similar to the deployment but involves storage, you can identify a volumeClaimTemplates at the bottom of the file to create a persistent volume of 50GB.

And check that everything is running:

The last but not least node of the cluster is the client which is responsible of exposing an HTTP interface and pass queries to the data node.

The ConfigMap is again very similar to the master node:

The client node exposes two ports, 9300 to communicate with the other nodes of the cluster and 9200 for the HTTP API.

The Deployment which describes the container for the client node:

Apply each file to deploy the client node:

And verify that everything is up and running:


4. Generate a password and store in a k8s secret

We enabled the xpack security module to secure our cluster, so we need to initialise the passwords. Execute the following command which runs the program bin/elasticsearch-setup-passwords within the client node container (any node would work) to generate default users and passwords.

The second part of the article consists in deploying Kibana, the data visialization plugin for ElasticSearch which offers functionalities to manage an ElasticSeach cluster and visualise all the data.

In terms of setup in k8s, this is very similar to ElasticSearch, we first use ConfigMap to provide a config file to our deployment with all the required properties. This particularly includes the access to ElasticSearch (host, username and password) which are configured as environment variables.

The Service exposes Kibana default port 5601 to the environment and use NodePort to also expose a port directly on the static node IP so we can access it externally.

Finally, the Deployment part describes the container, the environment variables and volumes. For the env var ELASTICSEARCH_PASSWORD, we use secretKeyRef to read the password from the secret.

And after a couple of minutes, check the logs for Status changed from yellow to green.

Once, the logs say “green”, you can access Kibana from your browser.

Run the command $ minikube ip to determine the IP of your node .

Also run the following command to find on which external port is mapped Kibana’s port 5601. 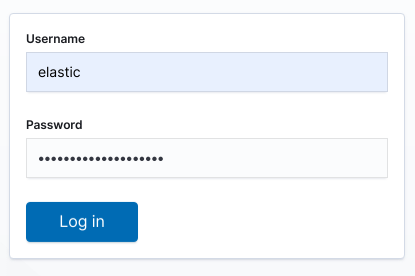 Login with username elastic and the password (generated before and stored in a secret) and you will be redirected to the index page:

Before moving forward, I recommend to forget the elastic user (only used for cross-service access) and create a dedicated user to access Kibana. Go to Management > Security > Users and click on Create User : 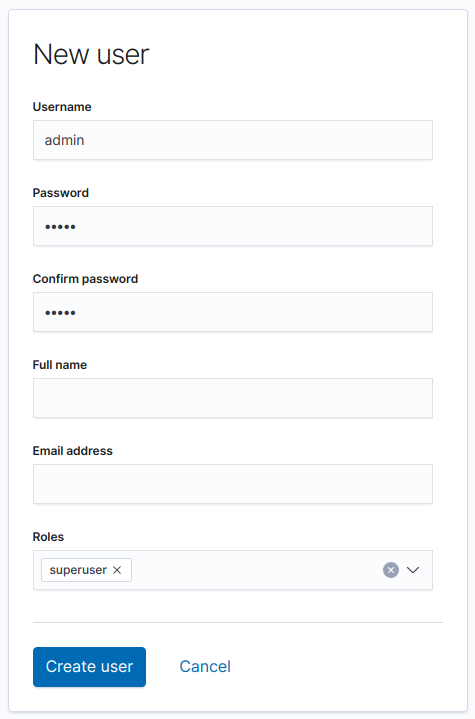 Finally, go to Stack Monitoring to visualise the health of the cluster.

In conclusion, we now have a ready-to-use ElasticSearch + Kibana stack which will serve us to store and visualize our infrastructure and application data (metrics, logs and traces).

In the following article, we will learn how to install and configure Metricbeat:
Collect metrics with Elastic Metricbeat for monitoring Kubernetes